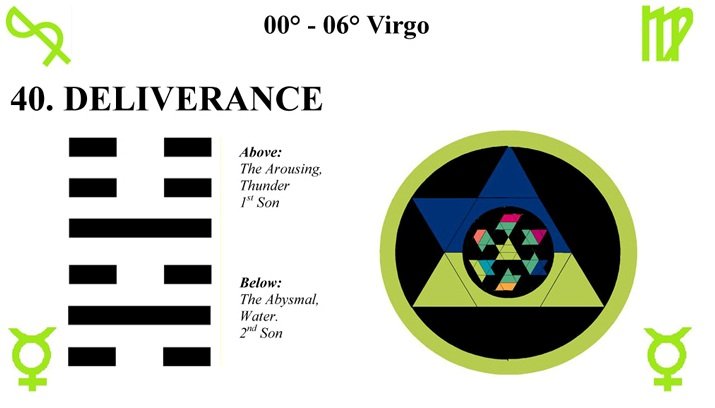 Thunder above, water below.

Thunder in the storm.

Excitement without and discrimination within.

Any sudden movement will invoke criticism.

To get free of danger, one must move away from it.

If there are damages, one must fix them quickly.

Freedom from the storm.

One is shaken to the core.

To rest in danger would be folly.

Don’t stay where you don’t belong.

If there is bad company move away.

Fears will not depart.

They are too big to face.

Shock without, danger within.

Movement out of inadequacy.

Refusing to be held back by fear,

One moves before one feels ready.

If one sets doubts in motion,

One will encounter obstacles in every direction.

Through movement, worries will be left behind.

The second son to the first son.

The second son lives in the older brother’s shadow.

The second son is not strong enough to refuse.

The first son will challenge the second son’s limits.

The second son will be threatened by his older brother’s advances.

The second son will be critical about what the older brother does.

The first son will take advantage of the second son.

The second son will exercise discrimination. The first son will not follow.

The second son knows he will be threatened if he follows

And threatened if he does not.

Life will be better for the second son when the first son leaves home.

In time there will be deliverance. 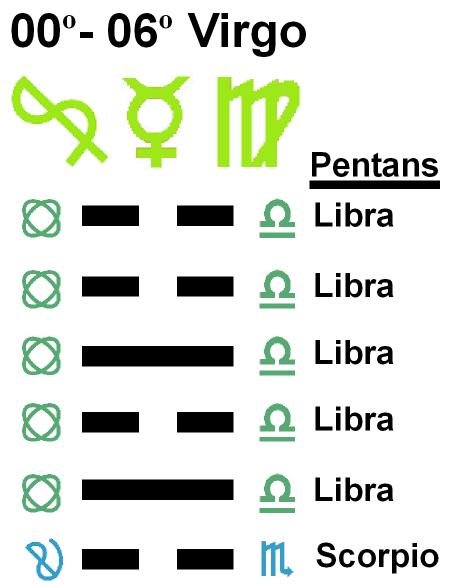 One looks for freedom but is drawn to relationships.

One is pulled into critical thought and worry.

It becomes difficult to accept the faults of others.

Do everything required of you.

Do not leave it for another day.

Get it done so that you do not have to think about it.

Freedom will come when thoughts cease.