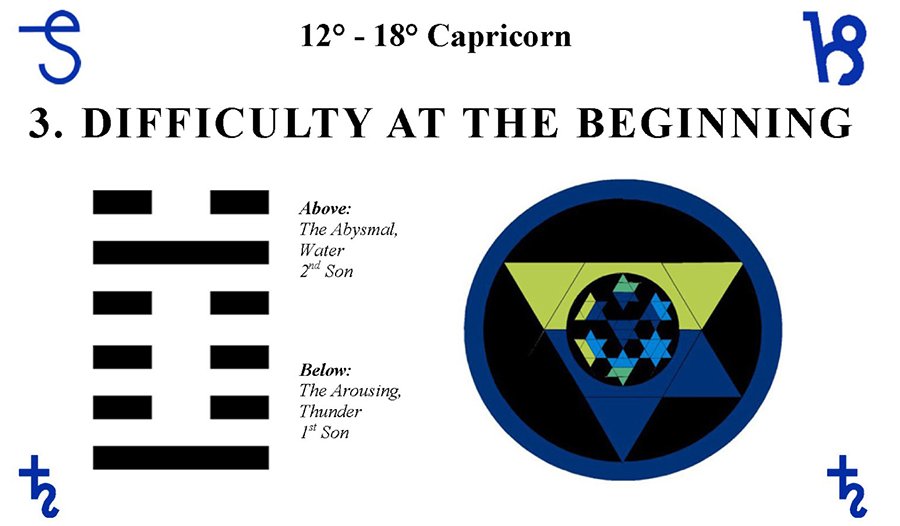 Danger above, Movement below.

The first steps will be the most difficult.

Words will be met with criticism.

Action will be stronger than words.

One step at a time.

There is ice on the path.

Go around the mountain.

At the beginning ponder on the end.

In this way even great obstacles can be overcome.

Obstacles without, excitement within.

Movement in the midst of danger.

Individual initiatives will be opposed.

If one has nothing positive to say, one should keep silent.

If one asks for something, one will not get it.

To move around the obstacle is wise.

To push forward would be dangerous.

At the first expression of criticism, one must pause or retreat.

There will be delays.

Do not give up.

One will be strengthened by adversity.

The first son to the second son.

The second son will assess the damage.

The first son gets the second son in trouble.

The first son pushes past limits

And runs into the second son’s criticism.

The first son plays to win.

The second son plays to improve.

The first son pushes past the resistance of the second son

And does not listen.

There are usually difficulties at the beginning. 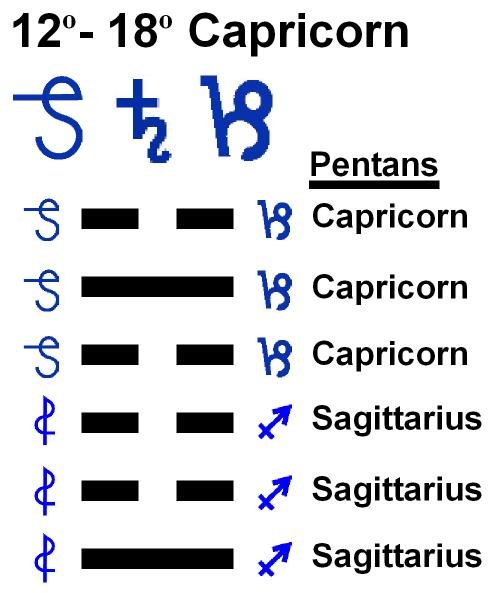 One wants to include others

But they are not ready to make the necessary effort.

One feels the loneliness of authority.

Consistent discipline and steady effort will be needed.

Improvements will show in time.